You can Claim a FREE Historic 'Don't Tread on Me' Gadsden flag today! Limit of 25 per customer in this nationwide promotion!

Choose Your Quantity of Flags Below....

CLAIM THIS FREE DON'T TREAD ON ME FLAG

EXCLUSIVE Offer for American Shoppers Only...

Home > Don't Tread On Me Flag 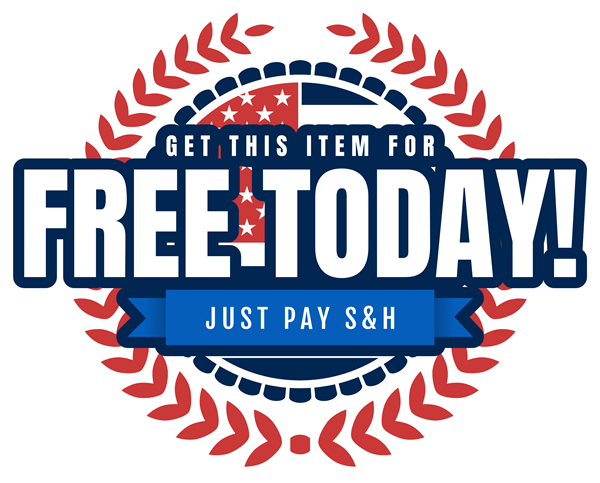 CHECK AVAILABILITY HERE
NOTICE: Limited Supplies. If the Picture is Missing We have Run Out!

In 1776, the year of our independence, Betsy Ross developed our iconic Old Glory flag after being commissioned by our 1st President George Washington.
One year EARLIER; soldier, general, and eventual Lieutenant Governor Christopher Gadsden created THIS HISTORIC design used by the Continental Marines. The snake is a sign first developed by Benjamin Franklin in his Pennsylvania Gazette to represent the original colonies.
It truly represents the Patriotic Virtues of America: to Preserve Individual Freedom, to Stop Tyranny and to Keep the Government's Power in Check.

Here at Patriot Powered Products, we are giving away  FREE "Don't Tread On Me" 3x5ft Flags to anyone who is celebrating the commitment to fighting tyranny, defending personal liberties and keeping government in check!
We Are Now Offering this FREE Historic "Don't Tread On Me" Flag For A LIMITED TIME ONLY! Claim it Now!

Top 5 Reasons To Get This
"DON'T TREAD ON ME FLAG" Today!

Please note that some of our products are print-on-demand meaning they will only be printed once orders are placed.

Printing can take 5-7 days to complete. This means orders will not ship until they have completed the print process.

All of our products are shipped from the USA! We use several distribution centers for our products. Therefore if you order multiple products your orders may be shipped separately. Orders are typically received by customers within 14-21 days although some may take longer.

If you have questions about a product or a purchase, please do not hesitate to contact us by phone, mail or email. Our phone number is toll-free (855) 874-9970. You can reach us by email by clicking here. Alternatively, you can send us physical mail to: Patriot Powered Products & Publications, 10600 S. Pennsylvania Ave Ste 16 #537, Oklahoma City, OK 73170
CUSTOM JAVASCRIPT / HTML